Jack is often arrested or otherwise delayed by a new CTU director who generally gets in the way for the first few episodes after his introduction. Particularly the episode "Politics," in which Daniel knows that the Goa'uld will attack Earth, and no one outside of the main characters believes him. In the later season episode "Ethon", both the Rand Protectorate and their political and military rival, Calledonia, would rather nuke each other into the stone age than unite to oppose the impending Ori invasion. Even when a peaceful solution to their rivalry is offered, they still launched nuclear missiles against each other The Wire runs on this trope.

The office politics and rivalries within the police department and city management is Inherent in the System , causing investigations that would actually do something about the rampant crime rate or projects that would reverse the hollowing out of the schools to be scuttled by those higher up in the chain for the sake of their own careers, which depend on results.

The result is juking of the stats and nothing being fixed. From Torchwood: Children of Earth. Say you're the British government. Say you have an alien problem. You also happen to know of an organisation which fights hostile aliens. It is willing to work with you.

What are you going to do? That's right, put a bomb inside their leader's stomach. On Lost , Jack Shepherd's statement that "Either we live together or we die alone" qualifies. Subverted in the Fourth Season Finale when Jack started to say it, only to have Rose interrupt to notify him that if he did so, she would punch him in the face.

Conflict ensues. In Warriors Of The Deep the spies for the other human bloc use the alien attack to cover up their own activities. Typically, it comes when a case happens involves multiple jurisdictions for various reasons.

New Jersey officers are portrayed as competing with New York ones for the chance to get the 'collar' arresting a suspect. Police departments in parts of New York north of New York City 'upstate' and east of it Long Island as being at the best laid-back local sheriffs who don't like city-slicker interference and at worst in on the crime. At various times, the Brooklyn and Bronx DA's are portrayed as headline-seeking opportunists more interested in padding conviction rates than actually ensuring the guilty are convicted. Virtually all crime dramas portraying city-level police portray Federal authorities as authority wielding Men in Black who are all too willing to let a horrific crime go unpunished to further what they see as a bigger picture.

Dead Set uses this trope effectively: The only reason that the virus reaches the inside of the Big Brother house is because the housemates refused to believe Kelly. They soon changed their minds. Grayson refuses to kill an infected Angel. He regrets it. Patrick and Jonty open the gates holding the undead out in an escape bid , against the wishes of the rest of the group.

The result? Everybody dies. In , Capitol Records under the label of the Beatles' corporate entity, Apple had planned to release an album of songs the Beatles released after the band separated. The album was to have been titled "Divided We Fell. Professional Wrestling.


That wasn't this trope. C4 couldn't beat Las Sicarias in straight matches and lost a member trying. Las Sicarias could have just kept whittling away at C4 before fighting each other for the belt. Despite this, Las Sicarias still proved to be the stronger stable, as once Velez was no longer considered a threat LuFisto dismissed the rest of C4 for being of no further use for her , while Velez and Martinez got better at working together and won the Tag Team title belts.

Alas, Martinez hadn't learned her lesson. After beating out Velez for a singles title shot she rejected Velez's offer to help her win the belt and told Velez to stay out of New York. Thus no one was in position to stop Kay when she got fed up with wrestling and bashed Martinez over the head with the championship belt.

Tabletop Games. Warhammer 40, takes this to insane levels look at how many Literature examples it has on this page! A relevant Imperial propaganda piece states that 'There is no innocence, only shades of guilt. The only person above reproach is named the Immortal God Emperor of Mankind and he might be dead. The Imperium has at least half a dozen Thoughts For The Day dedicated to this, among them "Divided we stand, united we fall". Considering the extreme hierarchical nature of the Imperium, a few higher-ups going rogue could and has lead to massive problems - some regiments probably only recognized their superiors turning to the side of Chaos a few weeks after being told to paint those cool spiky stars over their old insignia.

The Imperium at present is extremely decentralized for a reason, though, because of laws enacted after the events of the Thorian Reformation, no one power group can have control over more than one function administration, technology, etc. And burn heretics, of course. This state of affairs came about as a direct result of the Age of Apostasy, where due to some complex political maneuvering one man, Goge Vandire, became head of the Administratum , the Ecclesiarchy , and the Imperial Assassins at the same time, and as a result of controlling the entire supply chain and being able to excommunicate anyone he wanted also became de facto leader of both the Imperial Guard and the Imperial Navy.

Only the Space Marines and parts of the Adeptus Mechanicus remained outside of his command, mostly because they withdrew into their own fiefdoms. Needless to say, nobody with knowledge of the Age of Apostasy is eager to let it happen again, hence the decentralized command structure. 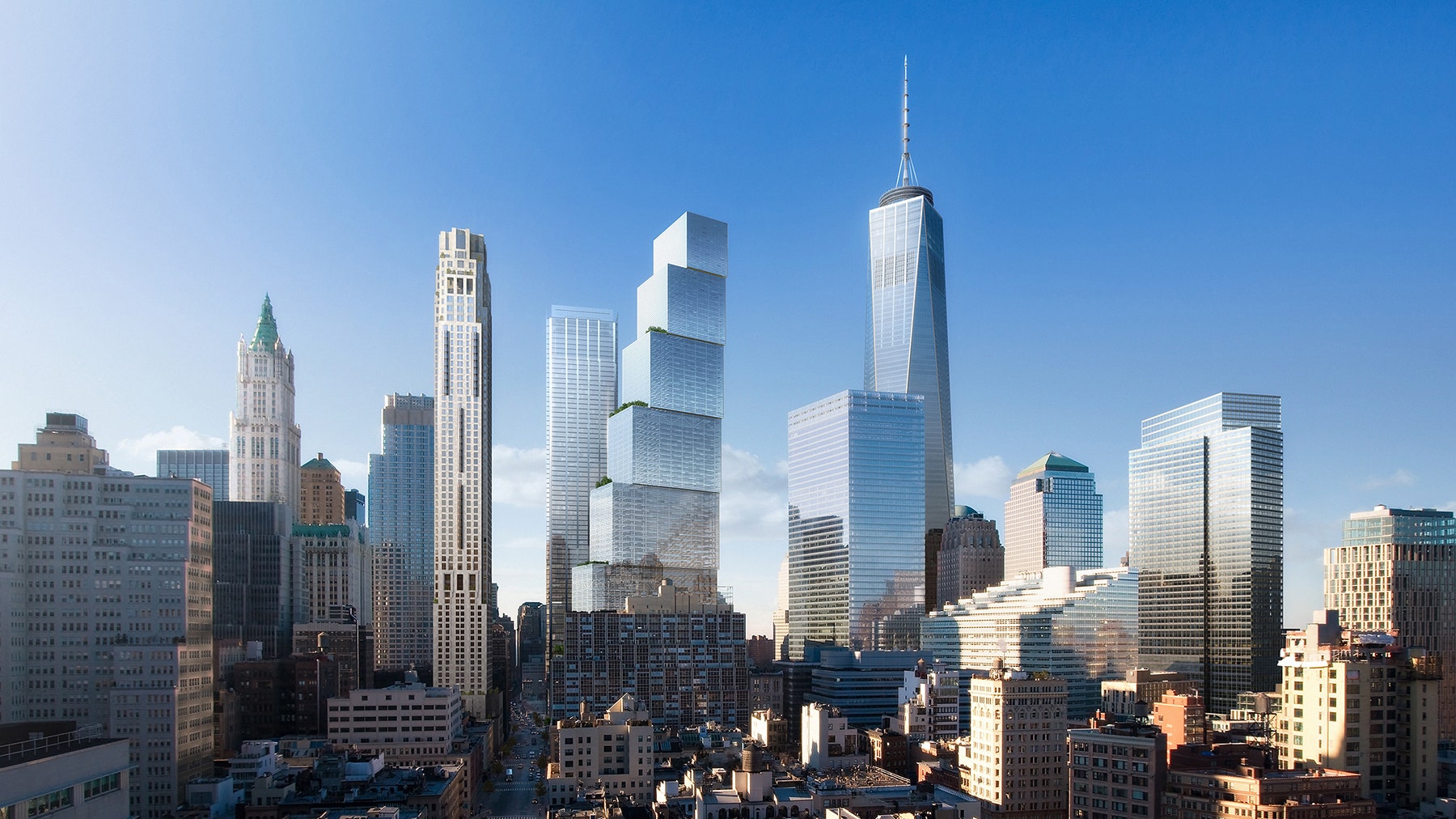 Said organisations are also hanging separately within their own ranks. The Inquisition spends hours in philosophical debate with a bolter in one hand and a power sword in the other.

There's even two different factions within the Inquisition arguing over whether or not it's a good idea to euthanize the Emperor to see if he'll reincarnate. Oh dear. You have this problem within organizations within the Imperium, with many sub-factions constantly fighting each other, sometime literally. One common justification for Imperium players to fight each other on the tabletop is that both companies got the same order to get some holy item and bring it to their superiors, and they're fighting to the death to just make sure the other guy doesn't do it first.

On a grander scale, you would think the Tau, Eldar, and Imperium would work together more often against the Cyborg skeletons, raving green brutes, galaxy eating bugs, and the literal legions of Hell, but you'd be dead wrong. Thankfully, this also works against the Imperium's enemies as well. Ork Waaaaghs only last for as long as a single Ork Warlord can successfully exert his authority; if he dies or gets discredited in some way, the battered defenders now face a dozen smaller Ork armies fighting each other as well.

Chaos works like this: Khornates turn on each other if no other enemy presents itself, Slaaneshi think of defeat as yet another sensation, Nurglites will spread disease to everyone, and Tzeentchians will backstab you at the most inopportune time to carry out some massively convoluted plan and that's not even getting into the established rivalries between servants of opposing gods. Each and every of Chaos' Black Crusades have all failed for this reason.

Even the Eldar will occasionally fight each other, usually because two Farseers had differing visions of the future and how to bring about the best possible outcome. This is really bad because even without killing each other , they're sliding to extinction due to low birth rates and almost every other race in the universe wanting to kill them too. Exalted , oh so very much. Solars, Lunars, Sidereals and Dragon-Blooded are all trying to protect Creation in their own way; it's just that the Dragon-Blooded's way involves demonizing all the others to keep their orderly society going, the Sidereals' way involves manipulating said society from behind the scenes because they don't trust any of the others with power, and the Lunars' way involves tearing down said society because of its increasing corruption and instability.

The end result is Creation's heroes spending a whole lot of effort fighting each other when they could be fighting the Abyssals, Deathlords, Fair Folk , and other forces who want to destroy the world. Hunter: The Vigil has its own version, as a good number of the Compacts and Conspiracies are at direct odds with one another.


The Long Night are premillenialist Christians aimed at "redeeming" monsters who view the Malleus Maleficarum, the Catholic Church's black bag group, as followers of "the Great Whore of Babylon. Vigil gets it from its spiritual predecessor Hunter: The Reckoning , which prominently features the imbued at odds with each other over how exactly they should engage with the supernatural. And then, after the Jihad, it literally fell apart. During the Clan Invasion, the invading Clans all have personal grudges against each other, most notably the Jade Falcons with the Wolves. When Ulric Kerensky became the new ilKhan he deliberately used this to his advantage to sabotage the Crusader Clans' efforts.

Wraith: The Oblivion is all over this trope. The Legions of the Hierarchy squabble amongst each other, as do the Guilds, the Renegades, and the Heretics. Even the Spectres, who seek the destruction of all existence, are busily engaged in a perpetual Enemy Civil War. Video Games. This is a prominent theme in StarCraft.

Particularly the first Terran campaign, which is almost entirely about humans fighting each other, rather than fighting aliens. The dominant force at any moment is the faction that is able to act as a unified team without infighting.